ONE PIECE The Curse of the Sacred Sword 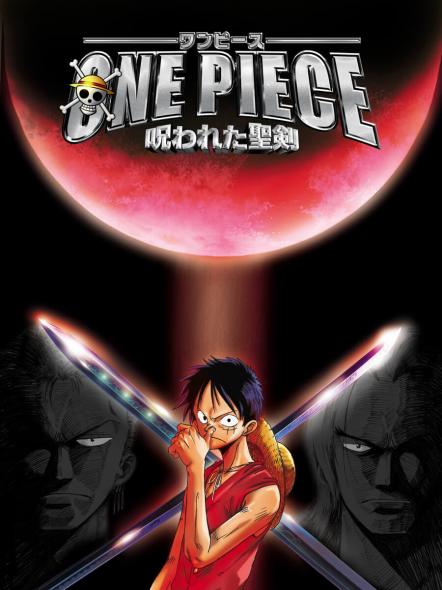 Luffy and his friends arrive at Aska Island to look for a rare treasure, the Seven Star Sword. There on the island, Zoro reunites with his childhood friend Saga, who has become the master of a marine corps dojo. Saga, who is really a good man, is possessed by the curse of the Seven Star Sword, and tricks Zoro into stealing the three holy gems that take away his power. Without the gems, priestess Maya and the villagers cannot conduct the ritual to prevent the resurrection of the evil sword's power, which had been sealed by three ancient princes to atone for the death of Maya's ancestor, a beautiful priestess they fell in love with. But Luffy and Usopp accidentally find the gems that Zoro had thrown away in a well. Now they must place the three gems on top of three mystical towers to create a shield that blocks the Red Moon which rises every 100 years and gives the sword invincible power to reawaken its evil. While Maya prays to the gods for divine power, Luffy and Zoro fight Saga, and try to get him to return to his normal self. Finally the curse is broken by Maya's love for Saga and Zoro's faith in his old friend. The Going Merry leaves the island without the treasure but with renewed zest to look for the next adventure.