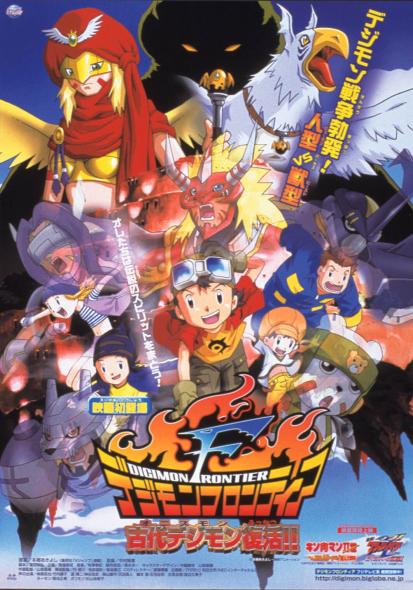 A wandering island in the Digital World is a battleground of fierce war between "Human Digimon" led by Generamon and "Beast Digimon" led by Hipogriffimon. Takuya and his friends lost in the island get involved in the war. However, the war itself is a plot made by an evil Digimon, Murumukusmon. Murumukusumon posed as Generamon and Hipogriffimon to engineer Digimons to hate each other, in order to collect "Digicode of hatred", which are necessary to regenerate evil Onismon. Takuya and his friends aided by peace loving Kotemon and Bearmon try to stop the evil scheme by decoding the magical spell written on a mysterious mural in an ancient artifact. However, the magical spell turned out to be the spell to regenerate Onismon. Although, Takuya transforms into Agunimon to fight against Onismon, he is no match for the power of Onismon. Kotemon and Bearmon's spirit of seeking peace causes a miracle. Ancient Greimon and Ancient Garurumon, the two legendary ancient Digimons who sealed Onismon regenerate to fight Onismon. After the fierce battle, the two ancient Digimons defeat Murumukusmon and Onismon. The peace comes back to the island and wandering island finally stops. Takuya and his friend head to their new journey.