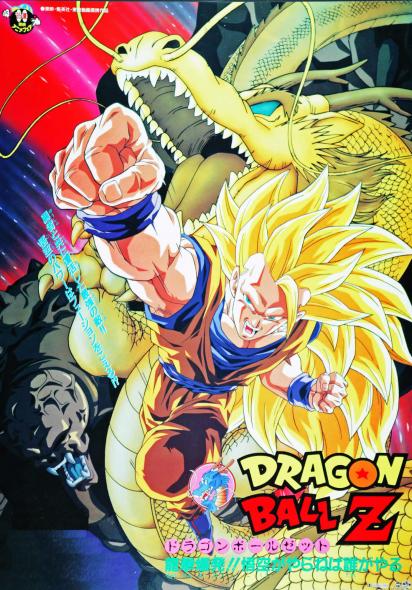 Long ago, on a planet far in the space, a brave man, Minosia, lost his life, attacked by a monster.Now at present, on the earth, an old man named Hoy appears in front of Gohan and Videl. Hoy askes them to introduce him to Shenron, the holy dragon, in order to revive the Legendary Brave sealed in a musical box. Feeling it interesting, Gohan and his friend start gathering Dragon Balls scattered in the world. Very quickly, they obtain all the Dragon Balls. Thus the brave Tapion revives with the sound of flute. However, he shows hostility to Hoy. Trunks is fascinated by cool Tapion.In the meanwhile, the lower half of the body of a monster, Hildegarn appears in a town. Gohan and Videl start attacking it, being surprised at its figure. But at that moment, the sound of Tapion's flute filled the air, and Hildegarn disappears.Tapion is sealing the upper half of Hildegarn in his own body. He is making a desperate effort to keep it sealed there. One night, when Trunks visits Tapion, Hoy comes attacking Tapion to rob the flute. Through this happening, Trunks and Tapion know each other more deeply. Trunks invites him to his home. But he tries to leave there very shortly, being afraid to involve Trunks in his own trouble. But persuaded by Bulma, he decides to stay the night there, and he talks all about Hildegarn. For Tapion who cannot sleep because of Hildegarn, Bulma prepares a special sleeping room. But the power of Hildegarn is so strong that the upper half of its body comes out of Tapion's body.Now, with the upper half combined with the lower one, Hildegarn revived with full body. Goku and the others confront against it. But any attack doesn't effect against it that changes into the ectoplasm. Vegeta joins the battle, but resulted in vain. Goku and Vegeta are also almost defeated.Goten and Trunks make fusion and become Gotenks 3. And with its super power, they get succeeded to defeat it But to their surprise, Hildegarn comes survived transforming into more powerful form. It almost defeats Gotenks and Gohan as well.Tapion seals it by its flute, but again it revives again and kills Hoy. Goku transforming into Super Saiyan 3 attacks Hildegarn together with Trunks. Finding a chance, Goku shoot the Dragon Fist of extreme power. That was the end of Hildegarn.With his duty completed, Tapion goes back to the past, leaving his sword for Trunks.