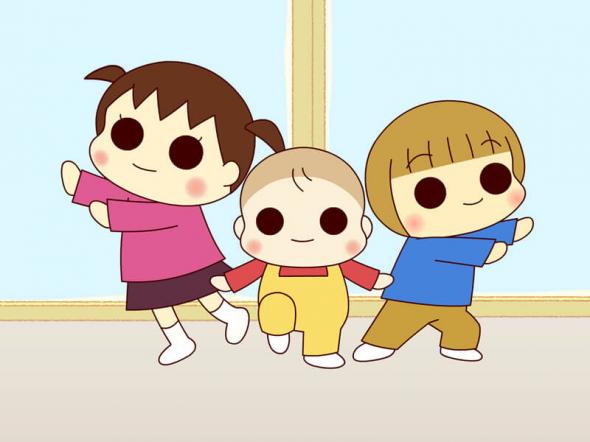 The goofy eldest daughter Foo-chan is a starry-eyed dreamer who drives her mother nuts all the time. The second daughter, Soo-chan's pet phrase is "Why not?" and every thing she hears goes in one ear and out the other - she's the perpetual free spirit! Then there's the guzzler with a bottomless appetite -- the third daughter, Chi-chan. She keeps begging for more no matter how much she eats! Finally, the opening of a triple feature about the delightful and exciting life of the Matsumoto family and their three daughters! They'll make you happy too!MY3 DAUGHTERS is a incredible hits mother's blog about raising her three daughters starts 2005. When compared to manzai (Japanese stand-up comedy), the children's speech and behavior are the "boke" (the funny, goofy guy), and the mother's role inevitably becomes the "tsukkomi" (the straight guy)."My3 Daughters" is made up of "boke" and "tsukkomi" and is a manzai in itself! Furthermore, behind the laughter, there are the joys of raising children!Why not make an anime that laughs away the mothers' stress and outshines the variety shows?!