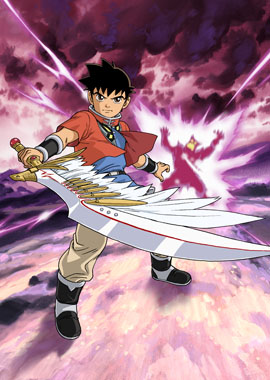 It is the "Age of Darkness".People are tormented with fear brought by demons known as Vandels who are capable of controlling various monsters.In this dark age, there is a boy who dreams of becoming a Vandel Buster, professional warriors who fight against Vandels, to become a member of the Zenon Knights, famed as the "best Busters of the continent". The boy's name is Beet and he truly believes in justice. However, one day, Beet's innocent interference leads the Zenon Knights to a critical defeat against the Vandel, Beltoze. Five mortally wounded warriors of the Zenon Knights load their remaining life force to their magical Saiga weapons and hand them over to Beet before they pass away.Three years later, to execute the Zenon Knight's will, and to end the "Age of Darkness", Beet and his childhood friend Poala stand up against vicious Vandels and begin their adventure to become the Vandel Buster!