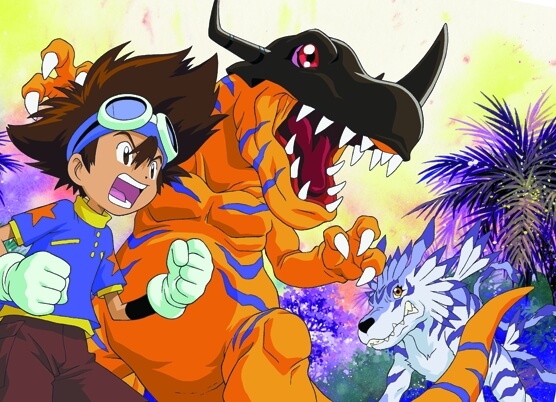 Seven boys and girls suddenly drifted to the Digital World that is the virtual space in the computer network. They have to make adventure to return to the human world.As the partner of their adventure, seven Digimons (Digital Monsters) accompany with them. Digimon is the virtual creature that was raised from the computer virus with self-study intelligence. They have to struggle to survive in super realistic Digital World and against un-known other Digimons. This program presents the young audience the adventure of Jule Vern's "Two Years Vacation" in the 21st century!