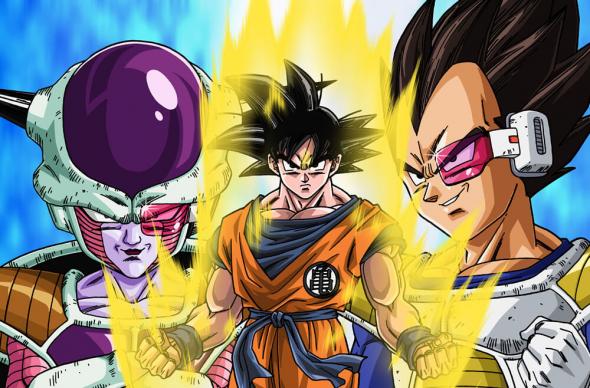 When Goku visited Master Roshi after a long time with his 4-year-old son, Gohan, a strange man with a tail attacked them. He told Goku that he was Goku's brother and they bothe were "Saiyans" who came from another planet. He took Gohan away when Goku rejected his demand to kill everyone on the earth. Goku and his friend warriors' battles start again to keep the peace of the universe!