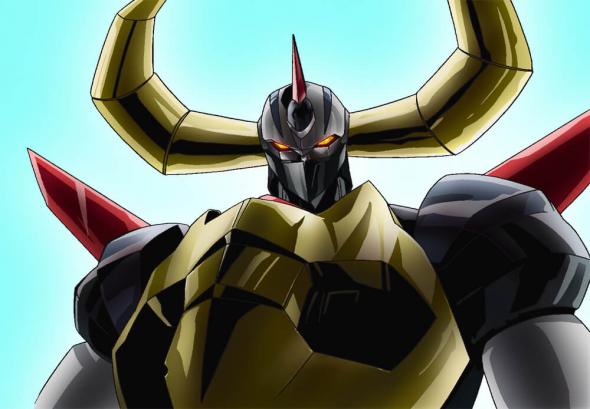 Daiya and his father set out for the sea in a small ship when they saw a great black flame rise above the water. From the flame arose a giant monster and Daiya's father and the crew disappeared into the sea. Suddenly a giant machine-like dragon appeared from the sea as Daiya was screaming for help, and saved him.5 years have passed since, and Daiya was now 13. And once again, the giant monster appeared and Daiya reencounters with his savior, the "Daikumaryu". The head of the Daikumaryu and the body parts bolt out and forms the super robot Gaiking. Daiya is now the pilot of the Gaiking, attacking the giant monster.Daiya finds out that there is a monstrous existence planning to take over the world, and he decides to set out for the Darius, a mysterious world of another dimension. As the giant monsters attack him, Daiya courageously uses the hidden weapons to take them down. "Hydro-Blazer" the powerful force driven by Daiya's burning strength, the "Puncher Grind" that smashes the enemies with a spinning fist, are among the many powers Gaiking possess. As the battles continue, the mysteries of Darius is revealed, and Daiya, together with his Daikumaryu crew, grows up to become stronger and wiser. What is the Darius Empire? What is the hidden secret behind Daikumaryu Gaiking? And will Daiya find his father? These are the mysteries Daiya and the super-robot Gaiking will be revealing as the action begins in the wholly renewed "Daikumaryu Gaiking". As 30 years have passed since the original series, Toei Animation brings you this fall, a revival of the world of Gaiking.