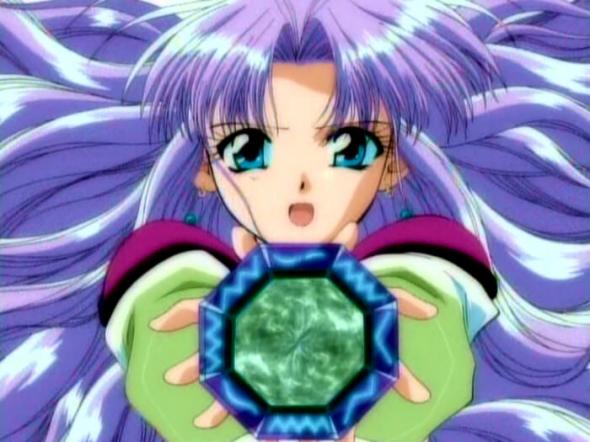 Tasuke is a high-school boy who lives alone. One day, he received a strange present from his father who worked abroad. There was a mysterious ring inside. The legend said that pure mind person saw the inside of the ring, and he would receive the protection of the guardian. Thus, Tasuke saw the ring and it shined, then there appeared a girl. She was the Moon Guardian named Shao. Tasuke happened to get his guardian. The funny life of "Master" Tasuke and "Guardian" Shao started.Shao was suddenly sent to modern world, so she was quite innocent about everything. That made Tasuke annoyed at the beginning, but he gradually became interested in her. On the other hand, Shao worked hard to protect Tasuke, and she fell in love with him. With appearing other cute girl characters, the episodes develop with comedy, slap stick and pure love story of young boys and girls.