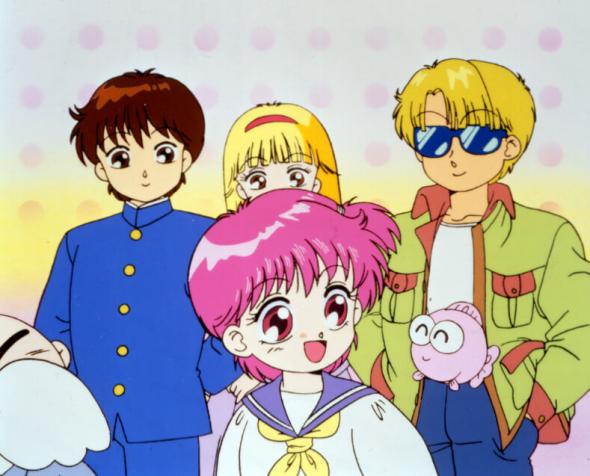 The school which the cheerful girl Wapiko attends, Countryside Junior High School is a very easy going and relaxed school. The beautiful young girl, Chitose Fujinomiya, who transferred here seems like a beautiful thing in a dirty place. Chitose, nicknamed "Chichan" who came from the illustrious "Metropolitan Academy" where only rich children go, is known as a very spoiled young lady. Since her rich father passed away, the company failed and becoming broke she has been left all alone with her pet gold fish, Gyopichan, and been forced to change schools.It seems that Chichan has lost all of her pride having to deal with the daily events at Countryside Junior High School. The corrupt lawyer Tanakayama is trying to catch the pink gold fish Gyopichan but Wapiko catches him and reveals the unbelievable truth. Chichan is bequest millions of dollars and with this opens Countryside Junior High School.Yes, a real life Cinderella!