MO NO NO KE 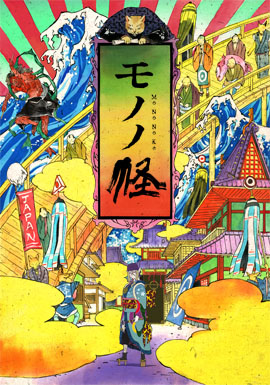 Mononoke is a spin-off of Bakeneko- a story part of the series Ayakashi - which scored the highetsaudiences ratings on Fuji networks late night animation slot at thetime of its broadcast.The mysterious medicine seller is back. He continues his travel onthe roads of Edo Japan and faces various types of dangerous spiritsknown as "Mononoke".Acclaimed by both viewers and critics in Japan, Mononoke combines breathtaking stories with fascinating stylistic innovations.